Whom Shall I Fear?

After this the Moabites and Ammonites, and with them some of the Meunites, came against Jehoshaphat for battle. Some men came and told Jehoshaphat, “A great multitude is coming against you from Edom, from beyond the sea; and, behold, they are in Hazazon-tamar” (that is, Engedi). Then Jehoshaphat was afraid and set his face to seek the Lord, and proclaimed a fast throughout all Judah. And Judah assembled to seek help from the Lord; from all the cities of Judah they came to seek the Lord. — 2 Chronicles 20:1-4 (ESV)

The king of Judah was petrified. The enemy horde was assembling, and attack was imminent. Jehoshaphat had no viable military plan; his people’s slaughter seemed assured. Who wouldn’t be afraid? The steps Jehoshaphat takes, in the midst of near-crippling fear, will save the lives of men, women and children. He proclaims a fast and assembles the people, and together they ask the Lord what to do.

When was the last time you were terrified? Was it a response to physical danger, or perhaps a life-change, a transition you felt unable to endure? The Bible doesn’t dismiss the fear we often face; it addresses it head on. Throughout Scripture we find people of all sorts encountering the Lord or angelic representatives with knees knocking. Time and time again, they are greeted with the words “fear not.” 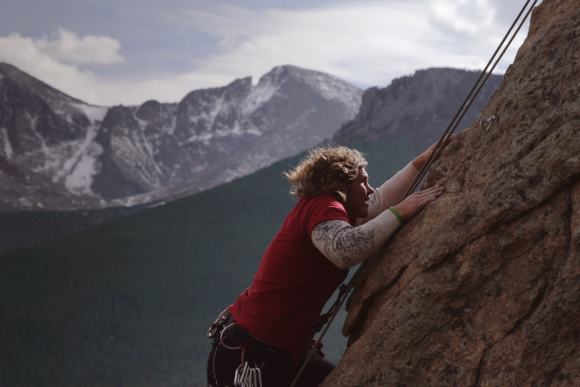 Curiously, Scripture also commends fear--that is, a specific form of fear. Proverbs 9:10 begins with the observation that “The fear of the Lord is the beginning of wisdom…” It’s worth asking, what is the difference between fearing the Lord and simply being afraid?

We find a clue in the prayer of Jehoshaphat, first in verse 6, “…are you not the God who is in heaven? You rule over all the kingdoms of the nations. Power and might are in your hand, and no one can withstand you. Then, in verse 12: “we are powerless against this great horde that is coming against us. We do not know what to do...” Circumstances were beyond his control. The king had nothing up his sleeve, and he admitted to fear and desperation. “But…”, Jehoshaphat begins the statement that could be said to define biblical faith: “But our eyes are on you.”

Jehoshaphat saw his absolute situation clearly. There is a form of fear—a healthy, sane sort—intimately tied to humility. Humility is a clear-eyed grasp of who God is, from His power to His character, and grasps all the aspects of who we are to Him. This clarity produces a particular mindset and behaviors. It can lead to self-sacrifice and forgiveness, and well as into astonishing boldness. In this case, it led a people to simply “stand firm” while God showed up in power.

Set humility up against pure fear for a moment. Both flow from the awareness that one cannot control many of the events that shape our lives. Fear knows we aren’t in control, and it has concluded that neither is God. In contrast, humility depends upon God to do His work in us in the midst of these events, and asks what we need to know next.

Jehoshaphat called his people to join him in humility. They set aside the normal daily rhythm, forgoing meals, to focus their attention and (dwindling) energy to inquire of the Lord and wait for His response. And the Lord spoke! His first words (surprise, surprise): “Thus says the Lord to you, ‘Do not be afraid…” (v 15). His next words must have elicited giddy relief: “Stand firm, hold your position, and see the salvation of the Lord on your behalf…” (v 17). The people did as they were told and gained the story of a lifetime about how God acted on their behalf.

Humility and fear can’t occupy the same place at the same time in your heart and mind. Either God is in control, leading to trusting obedience, or nothing is, leading to nihilism and despair.

Before we came to Christ, we stood on the verge of annihilation that was as assured as that facing the people of Judah, but the stakes for us were eternal. Instead, by God’s grace, the death we feared and the judgment we deserved were laid on our savior, Jesus Christ.

But why doesn’t God whisk us from this rough life to Heaven the moment we are saved? Because God is transforming us. It is Christianity’s paradox. In Christ, you are a new creation. Yet, you are becoming the new creation as well. God has ordained that the new creation comes like a slowly breaking dawn. God is walking us patiently through a lifelong process of learning to look and act more like Jesus Christ.

This process began in the “fear of the Lord” by which we recognize our fallenness and need for a savior. When this ‘wise fear’ has done its work by leading us to saving faith in Jesus Christ, we are wonderfully freed: “perfect love drives out fear, because fear has to do with punishment” (1 John 4:18).

The Lord permits crisis to come, to focus our attention on learning humility; to listen, trust, and obey the High King of Heaven. Like Jehoshaphat, we can see our situation clearly and seek God with all our energy. But let’s not wait for such a crisis as they did!

This, then, is how the people of Judah advanced on what could have been their day of disaster:

Jehoshaphat appointed men to sing to the Lord and to praise him for the splendor of his holiness as they went out at the head of the army, saying:

“Give thanks to the Lord, for his love endures forever.”

As they began to sing and praise, the Lord set ambushes against the men of Ammon and Moab and Mount Seir who were invading Judah, and they were defeated.

Holy God, You alone are worthy to be feared, worshipped, and praised! Today, I put my hope in Your power, authority, character, holiness, and the redeeming, sanctifying love of Jesus Christ. Thank You that I can fast and pray whenever I am afraid. I admit “I don’t know what to do, but my eyes are on You.” Yes, Lord, help me to trust You and worship You with all my heart as I follow Your leading!

Testimonies
What has God done in your life during this fast? Reply to this email with your story. We would love to compile testimonies of how God is at work to encourage others and give God the glory!