But Daniel resolved that he would not defile himself with the king's food, or with the wine that he drank. Therefore he asked the chief of the eunuchs to allow him not to defile himself.
- Daniel 1:8

Daniel was just a teenager when taken as an exile to Babylon and inducted into the King’s service. He was no doubt scared and resigned to the fact that he would probably never see his homeland again. Yet his faith in God was extraordinary, even as He and his devout friends started to learn the literature of their adopted homeland and began preparation and training to serve the king in the administrative state. As the book of Daniel reveals, young Daniel would grow in skill and stature assuming a very high role in the kingdom in his later years. Yet, from the very beginning, he would not compromise his walk with the LORD.

It’s not fully known exactly what about the king’s food was defiling, but many believe that it was because the food was first sacrificed to idols before being served to the students. Eating food sacrificed to idols would be prohibited for the man or woman devoted to God, as the New Testament confirms. So Daniel was in quite a dilemma when presented with this defiled food, knowing that to refuse the food could cost him his life. But Daniel’s response was brilliant, creative, godly and bold. He problem-solved by proposing to the leadership the option of eating vegetables and water instead of the regular diet. The leadership went for it and when it was seen that he looked as healthy or healthier than everyone else, he was permitted to continue in his special diet. 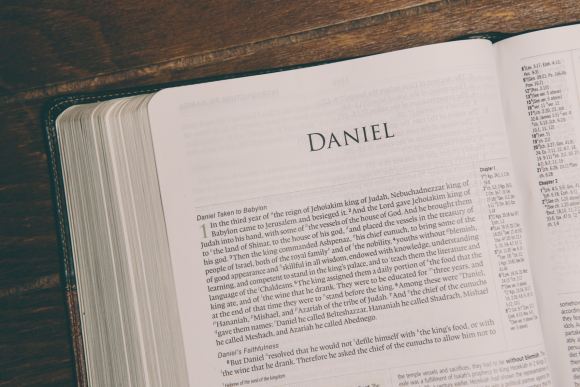 Later in the book, Daniel’s devoted way of life is revealed in chapter 6, verse 10 where he continued to pray three times per day, even when it became illegal. This consecrated devotion to God was the source of his power and strength. Today, we can draw inspiration from him to stand firm and refuse to be defiled, but we need to have a strong, consecrated devotional life like his so that we can be strong enough to refuse to compromise. In the first century, the common practice of Christians was to participate in devotions two to four times every day, with the most popular times being morning and evening. Christians today need to follow the same pattern in order to be strong in the Lord. Spending time every morning and evening reading the Scriptures, praying, repenting of sins, and praising God makes all the difference to be used by the living and eternal God.