Shadrach, Meshach, and Abednego answered and said to the king, “O Nebuchadnezzar, we have no need to answer you in this matter. If this be so, our God whom we serve is able to deliver us from the burning fiery furnace, and he will deliver us out of your hand, O king. But if not, be it known to you, O king, that we will not serve your gods or worship the golden image that you have set up.”
- Daniel 3:161-8 (ESV)

Fearless. Brazen. Reckless. Foolhardy. How else might we describe Daniel’s friends Shadrach, Meshach, and Abednego? Faced with the prospect of death by fiery furnace for not bowing to the golden idol made by Babylonian king Nebuchadnezzar, the three Jewish men refused to compromise their worship of God. Furthermore, they didn’t plead for leniency. They didn’t run and hide, either. In fact, they boldly and unapologetically defied the powerful king, declared their allegiance to God, stated their faith in His ability to save them, and made known that nothing--not even death--could stop them from honoring God’s law. 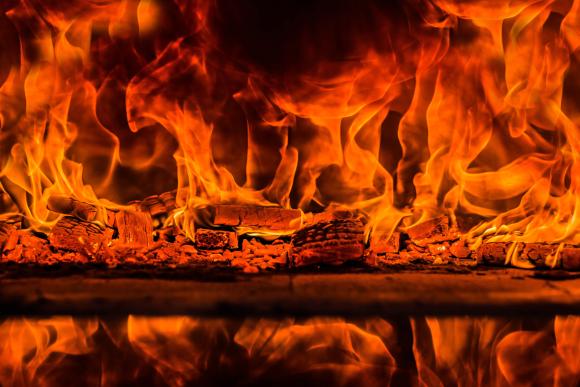 As Christians, we respect and admire these men for not succumbing to pressure, but can we say we are like them? Are we so loyal to our God that nothing can stop us from honoring Him with our actions? I fear that I, like many Christians in America, have compromised and given in to at least some of the ungodly demands of the society in which we live. Jesus said that “the gate is wide and the way is easy that leads to destruction, and those who enter by it are many” (Matt. 7:13). Are we living as the heathens live? Are we pursuing the same things, entertained by the same things, distracted by the same things? I sense that by and large, we’ve allowed ourselves to be greatly influenced by a culture that wants us to minimize, tolerate, and even pursue sin. We should ask ourselves: If, as Christians, our lives look much the same as the lives of everyone else, are we really honoring God?

Who among us will identify the idols in our lives and kick them out? And what are we afraid of, anyway? I don’t see any furnaces being fired up in my town. Is it that, by taking a bold and public stand for God, we’ll lose some of the popularity or social standing we’ve enjoyed? Sure, we all want to be liked, but do we grasp how the reward of social acceptance compares to God’s rewards for those who stay true to Him?

2 Chronicles 16:9 tells us that “the eyes of the Lord run to and fro throughout the whole earth, to give strong support to those whose heart is blameless toward him.” Exactly how strong is that support? Well, for Shadrach, Meshach, and Abednego, it was strong enough to supernaturally protect their bodies--even down to the hairs on their bodies--from the super-heated furnace in which they were thrown. Secondly, God’s support was manifested in the complete reversal king Nebuchadnezzar subsequently enacted towards worship of their God, and thirdly, in the political promotions the three received over the province of Babylon.

Though as Christians, we may be increasingly a minority in America, probably none of us will ever be sentenced to death for refusing to worship an idol. How much easier should it be, then, for us to choose to honor God with our behavior than it was for Shadrach, Meshach, and Abednego in Babylon?

Heavenly Father, open our eyes to see the ways in which we’ve dishonored you with our conduct. Cleanse us of all unrighteousness and strengthen our resolve to change our sinful ways. Thank you for the gift of the Holy Spirit, our Helper, who steers us towards choices which please you while also keeping us from harm. We join with the faithful men and women of scripture who took a bold stand for You in the face of powerful and threatening opposition. Increase our courage to reject idolatry in all its forms, no matter the cost to ourselves personally, and be strong on our behalf. We trust in you. Amen.

Pray for Life in the US

Whoever sheds the blood of man,by man shall his blood be shed,for God made man...

Matt Bennett, Founder and CEO of Christian Union, joins Forerunners podcast to talk about the...

Testimonies from "Return to Me"

Praise God for the way that He moved His people to seek Him during “Return...

[A]nd try to discern what is pleasing to the Lord. Take no part in the...