Then I turned my face to the Lord God, seeking him by prayer and pleas for mercy with fasting and sackcloth and ashes.
- Daniel 9:3 (ESV)

Charles Finney defined prevailing prayer as prayer which secures an answer. Daniel, who lived in constant prayer and communion with God, exemplified prevailing prayer. In an Old Testament book saturated with prayer, Daniel’s prayer in Daniel 9 deserves special attention for believers wanting to better understand the process of prevailing in prayer. Giving Daniel 9 high praise in his 1884 book specifically on Prevailing Prayer, D.L. Moody called this "one of the best chapters on prayer in the whole Bible." 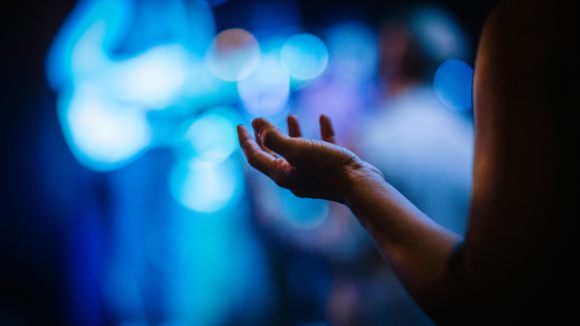 Chapter 9 starts with Daniel perceiving that his people were nearing the end of seventy years of exile based upon his study of the scriptures and what Jeremiah wrote concerning the specific amount of time for their exile. Based upon conclusions he drew from the scriptures, Daniel responded with decisive actions in verse 3. Those actions were to seek God by prayer and pleas for mercy with fasting, sackcloth and ashes. The fasting humbled Daniel before God while the sackcloth and ashes amplified his intense mourning and repentance for his people's sin.

Shifting from Daniel's preparations to the content of his prayer is insightful. Charles Finney wrote that prevailing prayer is specific and needed to be offered for a definite object. Daniel's definite object in chapter 9 was for the restoration of Jerusalem and even more specifically in asking God to shine His face upon His sanctuary which was desolate. As Daniel prayed with this specificity, he confessed and repented for his sins and those "iniquities of our fathers that caused this destruction."  This was an impactful intercession in that Daniel repented for transgressions against God that took place 70 years earlier in Jerusalem. Embedded within his prayer, Daniel pleaded that God would reveal His will as they were nearing the 70-years-of-exile milestone that Jeremiah prophesied to the inhabitants of Judah.

Daniel prevailed in his prayer by securing an answer directly from Gabriel. Gabriel told him that he was a man greatly loved by God. The archangel added that he had come to give Daniel "insight and understanding" on the future timing of this promised restoration of Jerusalem. This revelation encompassed not only "the word to restore and build Jerusalem" but also to the "coming of an anointed one, a prince” who "shall be cut off and shall have nothing."  Those of us who live on this side of the cross indeed know that this insight and understanding imparted to Daniel of an anointed one being cut off would be the ultimate work of our Lord and Savior Jesus Christ at Calvary.

Fortunately for us, Daniel's prevailing prayer that secured this answer from God which ultimately foretold of this anointed one being cut off for the sins of his people was written down in the Scriptures for the benefit of those generations that would follow Daniel.

Our Father in Heaven, thank You for answering this prevailing prayer of Your servant Daniel and recording it in the Scriptures. Through this answered prayer we see how Your own Son would be cut off for the sins of His people. We thank You for that ultimate sacrifice and offering a way for us to receive reconciliation with You through that sacrifice. Lord, make us a people who fast, pray, and repent like Daniel did when he was troubled by a difficult situation impacting his people. We ask this in the precious name of Your Son Jesus Christ. Amen.

If you then, who are evil, know how to give good gifts to your children,...

The Glory of God Departing?

Message for National Day of Prayer 2021

This first Thursday in May is America’s National Day of Prayer. Thank God that our...

Be watchful, stand firm in the faith, act like men, be strong. Let all that...