Ten Day Fast: Day 4 Devotional: "This is Devotion to Prayer"

When Darius became king over Babylon and its vast empire, he acted as one might expect a prudent ruler to do: he “set over the kingdom 120 satraps [i.e., provincial governors], to be throughout the whole kingdom; and over them three high officials … to whom these satraps should give account, so that the king might suffer no loss” (Dan 6:1–2, ESV). Among these officials, Daniel became the most distinguished—noted for the “excellent spirit” in him—and Darius intended to appoint him as his prime minister (v. 3).

The ninth chapter of the Book of Daniel gives us a window into Daniel’s extraordinary prayer life at this time [N.B.: the book is not arranged in chronological order; the events of chapter 9 took place in the first year of Darius’s reign]. Struck by the insight that his people’s exile was nearing the end of its prophesied duration, Daniel began to intercede by prayer and fasting, confessing the sins of Israel and crying out to God for the restoration of Jerusalem. The response: a visit from the angel Gabriel, who assures Daniel that he is “greatly loved” (9:23) and gives him revelation about what is to take place.

While God and king showed him favor, Daniel’s peers burned with envy and conspired to destroy him. They tricked the king into passing a law that would compel Daniel to cease praying to the Lord for a month, or else be thrown into a den of lions. Evidently, they recognized that the favor over Daniel’s life flowed from his relationship with God; and so, they resolved that he must either forsake his God (and fall from grace) or violate the king’s edict (and be sentenced to death). Daniel could not serve two masters.  Neither can we (Matt. 6:24). How would you respond?

When Daniel knew that the document had been signed, he went to his house where he had windows in his upper chamber open toward Jerusalem. He got down on his knees three times a day and prayed and gave thanks before his God, as he had done previously. Daniel 6:10

As he had done previously. The choice presented, between death and apostasy, changed nothing. And really, why would it? Daniel understood that all men must meet death, but that God redeems and receives the upright on the other side (cf. Psalm 49). And so, by faith, Daniel continued as he had done, seeking God’s grace and giving thanks that he received it. 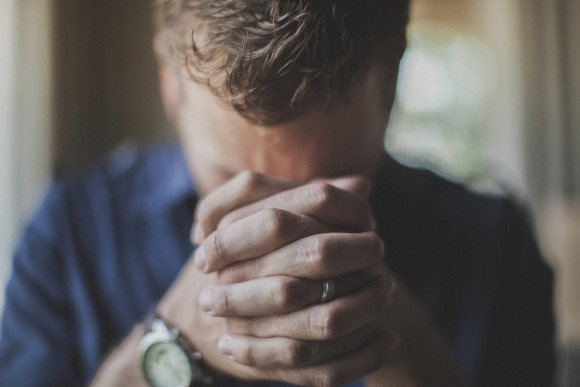 We all know the rest of Daniel’s story: how God shut the lions’ mouths, King Darius repented, and the conspirators came to justice. But what of our stories? How is the enemy of our souls aiming to draw us off the path of simple faith and abiding in Christ? If we fear death, the enemy will hold us captive; but if we honor Jesus as Lord and trust in His resurrection from the dead, He sets us completely free (Heb. 2:15; Rom. 10:9).

Daniel’s life is a testament to the “excellent spirit” that was in him. Thanks be to God, who has made an everlasting covenant with us, sealed with the blood of His Son, by which He puts His Spirit in us and works within us to the effect that we walk in His ways (Ezek. 36:27; Phil. 2:13).

Are you feeling condemned for not walking as uprightly as Daniel? Trust in the Lord, whose mercies are new every morning (Lam. 3:23), who will not reject a contrite heart (Ps. 51:17), who gladly gives the Holy Spirit to those who ask Him (Luke 11:13), who desires to give you the kingdom (Luke 12:32). Yes, trust Him. Trust, and obey.

Father, thank You for adopting us in Your beloved Son. Thank You for sending Jesus to redeem us, and for Your Holy Spirit living in us. Sanctify us, and every member of Christ’s bride, the Church, by the washing of water with the Word, and carry through to completion the good work You have begun in us, according to Your promise and for the glory of Your Name. Amen.