At the end of the days I, Nebuchadnezzar, lifted my eyes to heaven, and my reason returned to me, and I blessed the Most High, and praised and honored him who lives forever, for his dominion is an everlasting dominion,  and his kingdom endures from generation to generation; all the inhabitants of the earth are accounted as nothing, and he does according to his will among the host of heaven and among the inhabitants of the earth; and none can stay his hand or say to him, “What have you done?”
- Daniel 4:34-35 ( ESV)

“… the essential vice, the utmost evil is Pride. Unchastity, anger, greed, drunkenness and all that are mere flea bites in comparison. through Pride the devil became the devil. Pride leads to every other vice. It is the complete anti-God state of mind … Pride has been the chief cause of misery in every nation and every family since the world began.”
- C.S. Lewis, Mere Christianity. (Lewis labels the chapter on pride ‘The Great Sin.’)

Nebuchadnezzar II was ruler in the Neo-Babylonian Empire c. 605–561 BC. Sources describe his reign as a golden age in which Babylonia was transformed into the greatest empire of its time. Cuneiform tablets, texts and historians testify to his outstanding military exploits, his monuments and building works such as Babylon's Ishtar gate and the city's Processional Street. Almost no one achieves the titanic success and glory that Nebuchadnezzar did.

The book of Daniel records his astonishing experiences with God through the lives of his young Jewish captors who are fearless and resolved in their faith. He cannot but respectfully acknowledge that this God is ‘God of gods, Lord of Kings and Revealer of Mysteries.” Despite this, the beast of pride within Nebuchadnezzar fuels his narcissism. His true worship is really towards himself. God, in His incredible mercy, sends warnings to him to set his ways right, to align himself under God’s authority and accountability. But his prideful response “Is not this the great Babylon that I have built by my mighty power as a royal residence and the glory of my majesty,” had chilling consequences for him. Barely had the words left his mouth, that the self- absorbed monarch was transformed instantly into a wandering madman. 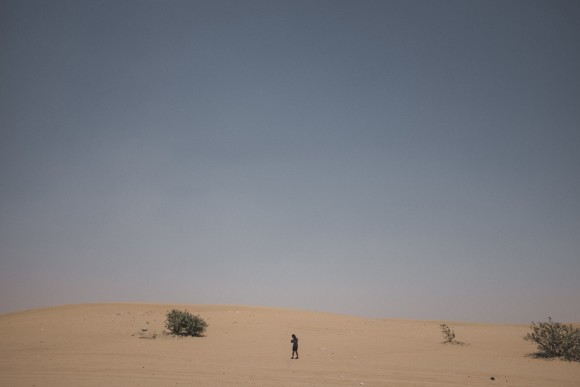 This discipline from God’s hand seems bizarre, but it worked. It was a tool of mercy. After seven years of beast-like behavior, he had a wake-up call and acknowledged God being the ultimate sovereign King. ‘Lifting his eyes toward heaven’ was a humble indication that God was higher, immortal and the ultimate monarch who had all authority everywhere. A once haughty, godless ruler was now a God-fearing man. He had gained true understanding and perspective.

God cannot permit the creature to exalt itself against the Creator. Pride provokes God’s displeasure, and He will oppose it. Recognition of this principle led to his immediate restoration and he was given greater honor to play his role in the divine mission of the High King of Heaven whose dominion and kingdom is everlasting.

Is pride a disease that only afflicts those who are powerful, famous, or even self-righteous?  Alarmingly, this chronic disease in our culture affects anyone. The obsessive preoccupation of self is far too common. We generally don’t like to lose control, determining what we do with time, money, talents, tongue, body, schedule, opinions, unwilling to be accountable to God. Let’s not be deceived. Self-centered living is self-destructive. We are not self-made to live as we please. 1 Cor. 4:6,7 says What do you have that you did not receive? If then you received it, why do you boast as if you did not receive it? We are not our own. All that we are and have is a gift from God. Living under His Lordship makes us truly human. Pampering a spirit of pride turns us into beasts.

If your pride causes you to exalt yourself, you are inviting God to target you, and His hand cannot be stayed. God does not wish to punish and bring us low. If He did, He would not have sent Jesus, our greatest model of humility, sent to forgive and restore us. In a narcissistic culture, humility is a powerful witness of Jesus being Lord of our lives.

Merciful God, a humble spirit runs counter to our self-exalting world. The pull of pride makes me want to sit on Your throne instead of surrendering control and acknowledging You as Sovereign Lord. Rescue me from this dangerous spirit. You ‘oppose the proud but give grace to the humble’. I want to be marked by a true spirit of humility. I want to surrender to the work of Your Holy Spirit.