Ten Day Fast: Day 1 Devotional: "How to Find the God of Wisdom and Might"

How to Find the God of Wisdom and Might

Daniel was guided by a deep-seated conviction, a belief that “God is the rewarder of those who seek Him” (Hebrews 11:6). This exiled Hebrew knew unequivocally that God opens to those who knock, He reveals to those who seek, He answers those who ask.

In Daniel chapter 2, he and his friends were in imminent danger for their very lives. The Babylonian king was furious that none of the “wise men of Babylon” could reveal his dream, both the content of the dream and its interpretation. The tyrannical dictator was so angry he decided to kill all of the wise men, which included Daniel and his friends even though Daniel’s crew hadn’t yet gotten a chance to meet the king’s demand regarding his dream. Once Daniel discovered what was happening, he took a daring approach. Daniel requested a meeting with the king…even though Daniel did not yet know the dream or its interpretation.

What would Daniel do? How did he expect to come up with the dream and its interpretation before his appointment with the king? He put a swift plan into place – a plan of prayer. Daniel went to his fellow Israelites and asked them to join him in prayer “to seek mercy from the God of heaven concerning this mystery” (Daniel 2:18).

How many times do we encounter a problem that is too big for us and we don’t even bother to ask – really ask – God about it? We may give lip service to the notion of praying about the quandary facing us, but we don’t actually believe that God is going to intervene if we put effort into seeking Him. 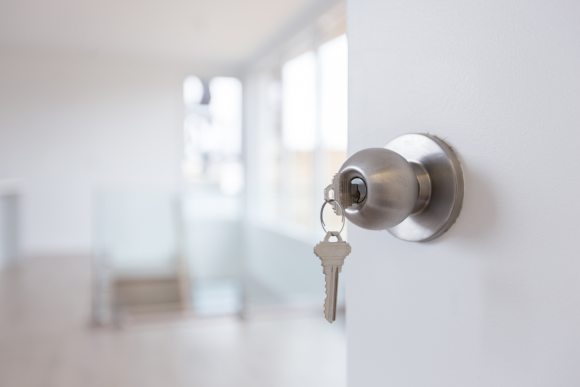 In the summer of 2008 my family of four was relocating for a new ministry assignment that required us to live in a high-cost area. My wife, Karen, and I had been searching for affordable housing for two days in the limited, high-cost area and we kept coming up empty. We stopped by the ministry center where I was about to start my new position. The leader of the ministry asked how the house hunt was going, and we explained our predicament. He replied, “Let me say a prayer for that right now.” Inside, I must admit I thought, “That’s sweet, but that’s not going to help. We need more money!” His brief, simple, yet powerful prayer was stronger than we knew at the time.

That afternoon we went to see a rental house that had only come on the market that morning. When Karen and I drove up to the house, we looked at the house and then at each other and said, “Is that it? It can’t be the whole house, can it? It must be a duplex inside.” (We were used to looking at more expensive apartments half the size of this moderately sized home.) We got out of the car and learned that the whole house, and the yard and the two-car garage were all included in the rent. After we walked through the property, we asked if the price was negotiable. We informed the owners of our top-dollar, which was $400 per month under the asking price. You guessed it, that became our home for the next five years.

As you are fasting and praying these ten days, you are probably seeking God concerning a particular issue facing you, and we are all praying for God’s Kingdom to come closer in America. Let Daniel’s faith in God the rewarder encourage you. Ask, knock, seek, and you too will experience the might and wisdom of God.

Dear Lord, help me to have daring faith in You, even if other Christians consider it strange. Forgive me for not relying on You completely. And make all of us American Christians more like Daniel – men and women who don’t just say that You are Almighty and Most Wise, but who step into prayer and action because You are the One and Only God. Take us beyond Daniel and conform us into the image of Your Son, our Lord Jesus Christ. Amen.

Find out how to start your first fast or dive into the deep end to...

A Prayer for National Revival

IntroductionOur God is the King of the nations (Revelation 15:3). The prophet Jeremiah reveals that...