What Was the Azusa Street Revival?

The Azusa Street Revival is not commonly considered one of America’s great revivals like the First (1730-1755) and Second (1790-1840) Great Awakenings because it did not affect the nation on a broad scale. However, Azusa Street may have had the largest worldwide impact of any revival that began in the United States.

What Conditions Led to the Revival?

The catalyst to the Azusa Street Revival was a determined desire to receive “the baptism of the Holy Spirit,” as understood by some. 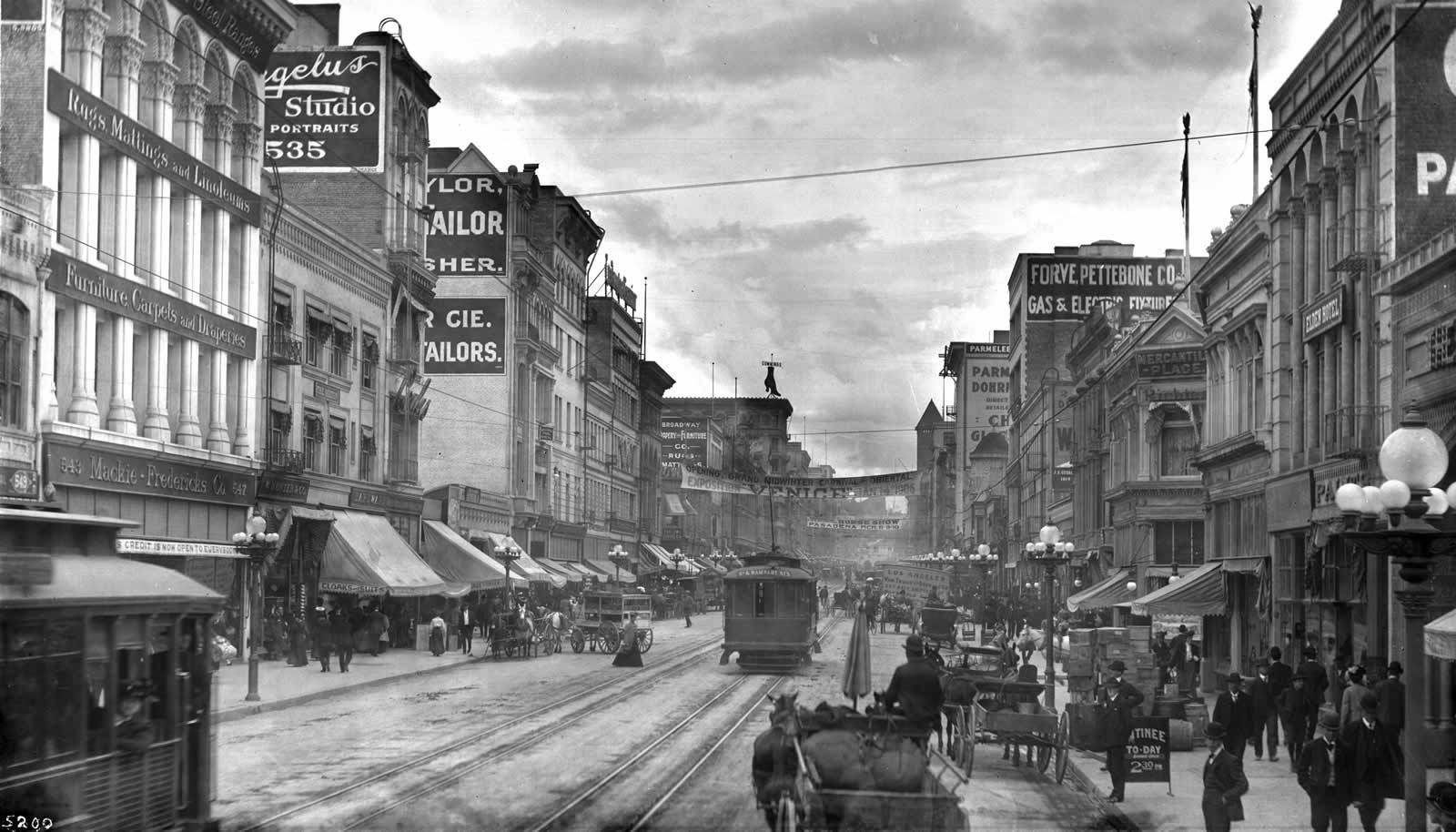 In the early 1900s, this particular view of “the baptism of the Holy Spirit” was strongly promoted by a minister named Charles Parham (1873-1929). Parham did not have immediate influence on Azusa Street but one of his students, William J. Seymour (1870-1922), did. Seymour emphasized Parham’s teaching on the baptism of the Holy Spirit with the evidence of speaking in tongues, and that’s what sparked the Azusa Street Revival.

William Seymour was the son of African-American emancipated slaves. It’s amazing that Seymour was able to exert such leadership and influence at a time when Jim Crow laws prevailed in the US. Seymour was originally from Louisiana and traveled about the Midwest, South, and Texas as a laborer, but his passion was ministry. While in Texas, Seymour was invited to Los Angeles, CA to preach. He accepted the invitation for what was expected to be a brief ministry visit, but the trip turned out to be a providential relocation that led to the revival. 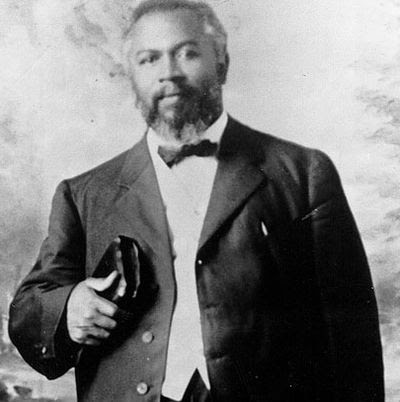 The path that led to the Azusa Street’s revival was not a smooth one. In fact, the Azusa Street revival didn’t even start on Azusa Street!  The Los Angeles church that had invited Seymour from Texas rejected him and his message very soon after his arrival. Undeterred, Seymour and others from the group continued meeting on their own at a house on Bonnie Brae Street in a relentless pursuit of the baptism of the Holy Spirit. Finally, 47 days after Seymour had arrived in Los Angeles and three days into a 10-day fast, a small praying group experienced a dramatic event. Eight men were praying, including Seymour, “when suddenly, as though hit by a bolt of lightning, they were knocked from their chairs to the floor.” Surprisingly, everyone except Seymour began speaking in tongues. A few days later on April 12, 1906, Seymour himself finally spoke in tongues.

The news that these Christians on Bonnie Brae Street had received the baptism of the Holy Spirit drew crowds interested to learn more. People from all backgrounds came to Bonnie Brae Street – white, black, hispanic, rich, poor, educated, uneducated, and so on. The gatherings were too large to be held inside the house, so they gathered outside and the front porch served as the leadership platform. But the porch could not sustain the heavy use and literally collapsed, leaving the group to find a new gathering place. That’s when 312 Azusa Street, an unsophisticated warehouse, became the location of the famous revival. 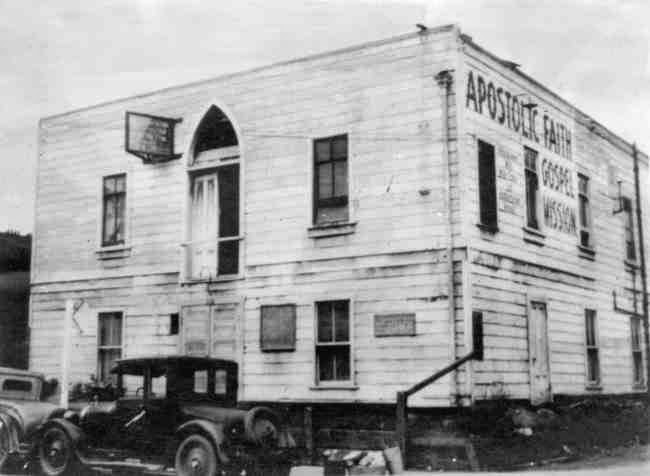 Characteristics of the Revival

The Azusa Street gatherings were marked by the same catalyst that initiated the revival – an intense desire to experience “the baptism of the Spirit.” Preaching was not central to Azusa Street like it was in the First and Second Great Awakenings. There certainly was teaching from the Bible, especially as it pertained to the work of the Holy Spirit and the book of Acts, but the spoken word was less prominent and formal. The meetings themselves were spontaneous and unpolished in every way. Testimonies and words of wisdom and knowledge could be shared by various speakers. Music was sung without instrumentation and much direction. The meetings would typically include an altar call for salvation, receiving the Holy Spirit, or for missions. Although Seymour was the leader, he deflected recognition and emphasized the leadership of the Spirit. Seymour was known to put his head in a box during worship services to focus all attention on the Lord.

The times of worship were somewhat chaotic. Speaking in tongues and shoutings were regularly heard from congregants. Worshipers would spontaneously shake, jump, run about, dance, and fall to the ground in a sense of the overwhelming presence of God. To many outside observers these happenings drew criticism. The Los Angeles Daily Times ran a story about the revival meetings titled, “Weird Babel of Tongues.” Even other Christians derided the Azusa Street meetings, as is often the case in revivals.

But many attendees raved about God’s true work that took place at Azusa Street. They testified to being baptized in the Spirit and experiencing the power of God personally. It was reported that miracles of healing took place such as sight restored and diseases cured, as well as the gift of speaking in other human tongues.  They claimed that uneducated African-Americans spoke the language of immigrants in attendance from places like Germany, Latin America, and also Yiddish speakers. 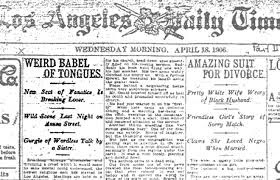 Impact of the Revival

The Azusa Street Revival was relatively short-lived. Some historians mark its end in 1908, just two to three years after it began, while others suggest that it lasted until as late as 1915. William Seymour continued to pastor the small church until he died of a heart attack in 1922. Thereafter his wife, Jennie, led the church until 1931 when they lost the building at 312 Azusa Street.

It is said that there were only 50-60 core members of the Apostolic Faith Mission – the actual name of the church at 312 Azusa Street. But anywhere from 300-1500 people would show up during the height of the revival. 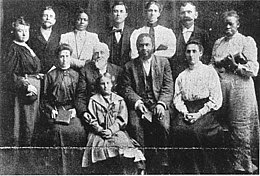 Despite a relatively minor movement in itself, the Azusa Street Revival holds a significant place in church history because it is regarded as the birth of Pentecostalism and Charismatic expressions of Christianity. These forms of Protestantism have been called “the fastest growing phenomenon in world religious history,” as there were less than one million Pentecostal and Charismatic Christians in 1900 and as of 2015, there were nearly 650,000,000. This brand of Christianity has had an incredible effect on world evangelization especially in places like Latin America, South America, Africa, and certain parts of Asia.

The experiences at Azusa Street, more than the teachings, seemed to open the door for Christians to pursue and experience the Holy Spirit for themselves. Charles Parham and others had already been expounding on the Pentecostal experience of the Spirit for every believer, but in Los Angeles a large number of people were able to testify firsthand to its reality.

Was the Azusa Street Revival a true work of the Spirit of God? Any dramatic movement of God on the earth is going to have a mixture of good and bad. The Lord sows wheat and the enemy sows weeds (Matthew 13:24-30). Even the first “revival” in the New Testament in Jerusalem had problems and led to the untimely and frightful death of Ananias and Sapphira (Acts 5:1-5).

Jonathan Edwards, a leader of the First Great Awakening and one of the most careful biblical and theological observers of revival, wrote a book on the subject of how to assess a true work of God called The Distinguishing Marks of a Work of the Spirit of God.  In brief, Edwards suggested we ask whether the work elevates the biblical portrait of Jesus, does violence to the work of Satan, raises esteem for the Bible, leads people to truth, and engenders love for God and people. There are certainly aspects of Azusa Street that may have been in error whether in practice or doctrine, but the lasting fruit of the revival cannot be denied. Hundreds of millions of souls have been saved, unreached tribes have been evangelized, and the earth has become more filled with the knowledge of the Lord. We can learn from Azusa Street’s positives and negatives, and we can praise God for the way He works through all our flawed human efforts to further His good, eternal purposes.