The Doctrine of Tolerance: Quenching Its Hellfires with the Burning Eyes of the Son of God

The Doctrine of Tolerance: Quenching Its Hellfires with the Burning Eyes of the Son of God

And to the angel of the church in Thyatira write: 'The words of the Son of God, who has eyes like a flame of fire, and whose feet are like burnished bronze. "'I know your works, your love and faith and service and patient endurance, and that your latter works exceed the first. But I have this against you, that you tolerate that woman Jezebel, who calls herself a prophetess and is teaching and seducing my servants to practice sexual immorality and to eat food sacrificed to idols. But to the rest of you in Thyatira, who do not hold this teaching, who have not learned what some call the deep things of Satan, to you I say, I do not lay on you any other burden. Only hold fast what you have until I come.
- Revelation 2:18-20, 24-25 (ESV)

The Son of God has eyes like a flame of fire, and His eyes are not deceived by the false mirage of culture. His holy eyes burn with accurate judgment. Though the Beloved Disciple had spent years in close friendship with Jesus and had reclined on His earthly chest, when John glimpses Jesus in His glory, he tells us in Revelation 1:17 that he “fell at His feet as though dead.” The eyes of Jesus that wept tears of compassion in the Garden of Gethsemane are now looking upon us as flames of fire.

The “virtue” of tolerance has become one of the foremost idols of western culture. Surprisingly, Jesus does not hold judgment out only for those who participate in sexual immorality and eating food sacrificed to idols (other forms of cultural influence). He says, “But I have this against you, that you tolerate that woman Jezebel.” Tolerance of sexual immorality is a false god, to which the Church is charged to bow the knee or get washed away in the torrent of labels that would tarnish us and put us at odds with woke doctrine. In order for the Church to keep its lampstand, indeed it must be at odds with woke doctrine! According to Jesus, tolerance of this satanic teaching to “live and let live” sexually is on par with committing the sexual immorality itself. 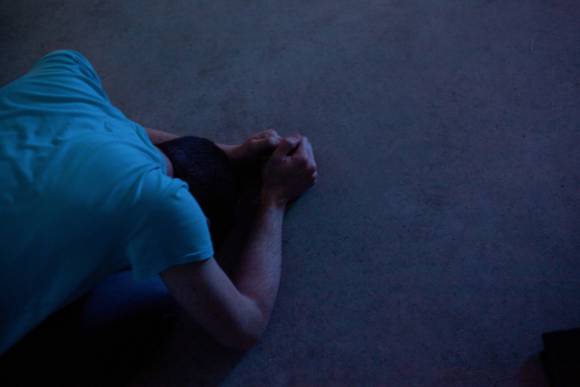 Who is this Jezebel of whom Jesus speaks? Jezebel in this context  is a demonic stronghold (v. 24), in particular a “teaching that some [who do not hold to this teaching] call the deep things of Satan.” Though sexual immorality was widely frowned upon for centuries, the false prophetess Jezebel’s teachings now interject themselves contrary to the real word of God. Tolerance has become the new gospel. Sexual libations have become our acts of sacrifice to Jezebel.

Must we remind ourselves of this year’s Super Bowl halftime show in which women were on stripper poles in front of our nation’s wide-eyed children and lauded for their message of “women’s empowerment?” Sexual licentiousness is no longer just tolerated but celebrated, and has given way to drag queen story hours for our nation’s preschoolers and even the attempted erasure of gender altogether. Just one generation prior would be shocked with how entirely we have spiraled into Jezebel’s insanity.

As a mother of four children in the public school system of New York City, I can assure you that the demonic teaching of the tolerance of all things sexual has permeated their classrooms like a plague. Straight from the Department of Education, our children are fed these doctrines under titles such as “Respect for All Assemblies,” “Anti-Bias Intensives,” and “Anti-Bullying Intensives.” The COVID-19 virus is highly contagious, deadly, and broadly destructive. Jezebel’s lies will not only destroy the body,  but will also throw the soul into hell. The Truth is labeled “hate.” If we truly love our children and our neighbors, we will pull off our muzzle and lead them to freedom in Jesus! We have a responsibility as the true prophets of God who carry His Word to offer the antidote. It is not loving to keep herding our friends, family, loved ones, and churches along the broad road that leads to destruction.

Has not much of the American Church become deceived and muzzled because we have tolerated this same satanic teaching of Jezebel? As Jesus calls the Church at Thyatira to repent, today He calls the Church in America to repent of the same destructive tolerance. Today, He is still the Savior of the world.

Oh Jesus, unveil our eyes. Deliver us from the lies of Jezebel!  Break her stronghold over us and unmuzzle us that we can carry your Word, the antidote to a country in grave danger of eternal death.

Dear Friend,Last week I gathered with hundreds of NYC Christians in Times Square to bring...

One of CU Day and Night’s friends in revival is Ugandan Church leader, John Mulinde....