In the Shadow of His Wings

In the Shadow of His Wings

He who dwells in the shelter of the Most High will abide in the shadow of the Almighty. I will say to the Lord, “My refuge and my fortress, my God, in whom I trust.”

For he will deliver you from the snare of the fowler and from the deadly pestilence. He will cover you with his pinions, and under his wings you will find refuge; his faithfulness is a shield and buckler. You will not fear the terror of the night, nor the arrow that flies by day, nor the pestilence that stalks in darkness, nor the destruction that wastes at noonday.  - Psalm 91:1-6 (ESV)

My parents’ neighbors have chickens. Over Christmas, my dad, my twin daughters and I would walk up the street, past the ditch, and into their yard to watch the spectacle of hens chasing one another, a rooster crowing out of turn, and my daughters gasping with delight. Like most animals, chickens have a way of protecting their young, and as a mother of two-year old twins, I can relate.

Have you ever watched someone trying to chase two children who are not quite old enough to listen and obey? It’s a frantic shuttle sprint. Grabbing one ungracefully under the armpits, I take  off in the opposite direction to collect the other staggering toddler from face planting on a hill. I have heard, more often than I like, the words, “Well, you have your hands full!” Indeed. I am aware. I also need a more effective method of gathering my chicks.

Mother hens know what they’re doing. They don’t run around, desperately trying to gather their seven babies. They stop, spread their wings, and, if their chicks want to survive, they better run to their mama and take shelter in the shadow of her wings.

Psalm 91 is an invitation to come in close, to run to your Father’s side and hide under his wings. Come, take refuge in the mighty fortress. At His side we will not fear. His faithfulness will be our protection. 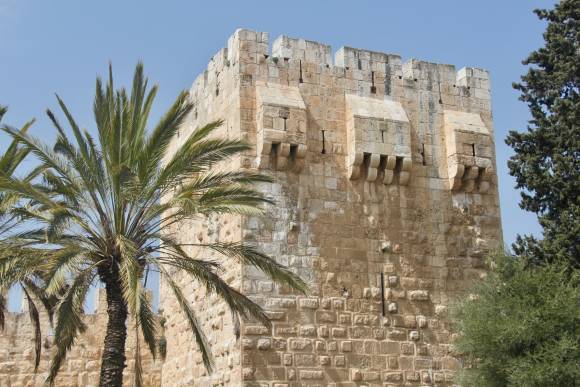 Standing in the middle of God’s redemptive plan, this Psalm holds together the metaphor of God as a mother hen that we see first in the Song of Moses, and later in Jesus’ own words as He weeps over Jerusalem. More broadly, the image of God carrying His people on His wings is seen throughout scripture as a portrait of deliverance. We find such language in Exodus 19, and, although God has delivered Israel from Egypt, they quickly wander away from His outstretched wings. This seems to be woven under the invitation that Psalm 91 offers us. We have to choose to abide, to stay put in God’s presence. Other things will tempt us to take refuge in them. In the face of a pandemic, information or preparation might seem to promise security, but they often only lead to fear and anxiety as we wonder if our plans will endure. We must choose, daily, to dwell in the shelter of the Most High, to abide in the shadow (Presence) of the Almighty.

Yet still, we don’t. I wake up, have time in the Word, pray, and by lunchtime I am consumed by the news and wondering if I need more toilet paper. This is our reality. None of us abides perfectly and permanently even when we know we need to. Jesus experienced this in Matthew 23, when He weeps because His people have not come to Him. They have not put their trust in Him. They have sought their safety elsewhere. And He weeps.

But the covenant faithfulness of God is not dependent upon us. In Exodus, Israel has already broken the covenant, but God is faithful and gives the law again. In Psalm 91, the author remembers that the same God, who delivered Israel and invites sinful people to be in the presence of the holy God, longs for us to be near Him. And Jesus, though He wept over Jerusalem for rejecting Him, spread His wings on the cross in order that His people might dwell in His presence forever by the upholding and renewing power of His Spirit. In the shadow of the cross, we find our place of refuge.

Now to him who is able to do far more abundantly than all that we ask or think, according to the power at work within us, to him be glory in the church and in Christ Jesus throughout all generations, forever and ever. Amen. Ephesians 3:20-21 (ESV)

Dear Friend,Last week I gathered with hundreds of NYC Christians in Times Square to bring...

One of CU Day and Night’s friends in revival is Ugandan Church leader, John Mulinde....