"And to the angel of the church in Pergamum write: 'The words of him who has the sharp two-edged sword. "'I know where you dwell, where Satan's throne is. Yet you hold fast my name, and you did not deny my faith even in the days of Antipas my faithful witness, who was killed among you, where Satan dwells. But I have a few things against you: you have some there who hold the teaching of Balaam, who taught Balak to put a stumbling block before the sons of Israel, so that they might eat food sacrificed to idols and practice sexual immorality. So also you have some who hold the teaching of the Nicolaitans. Therefore repent. If not, I will come to you soon and war against them with the sword of my mouth. He who has an ear, let him hear what the Spirit says to the churches. To the one who conquers I will give some of the hidden manna, and I will give him a white stone, with a new name written on the stone that no one knows except the one who receives it.'  – Revelation 2:12-17 (ESV)

The Book of Revelation opens with John’s encounter with the risen Lord Jesus. Instead of martyrdom, John the Apostle was placed in isolated exile on the island of Patmos. The Roman authorities realized that killing Jesus’ apostles was only making Christianity grow. But Jesus was still with John, and would use the apostle’s exile to add to His message in the New Testament.

Jesus immediately gave John seven letters to send to seven churches in Asia Minor, which is modern day Turkey. Jesus had very clear words for each of the seven churches. 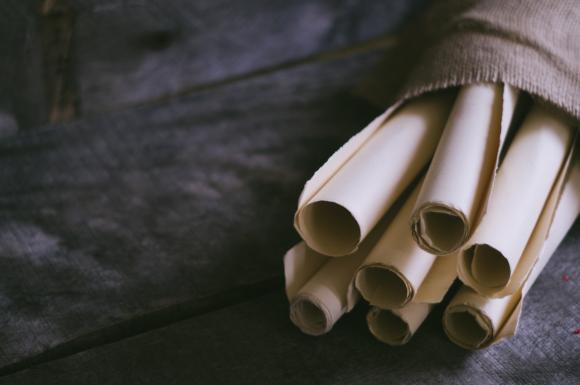 What do you think Jesus would say to His followers in these early churches? Most of us assume that Jesus would bring a soft and reassuring word to His disciples. After all, they lived in a difficult time of antagonism and sometimes outright persecution of Christians.  Even still today, most “words” that people bring from God to churches are positive messages. I am all for uplifting words, but our propensity to think that God only wants to gently affirm us reveals our failure to understand what God is like and how He wants to help us.

The Lord’s word in this passage to the church at Pergamum was not mostly one of approval. Rather, He mostly rebuked His disciples. The Lord takes our complete obedience with utmost seriousness. He really expects us to live holy lives - set apart and utterly distinct from the world, which walks in self-indulgence.

Jesus’ words of correction are no less loving than His words of affirmation. Remember that “the Lord disciplines the one he loves, and chastises every son whom he receives” (Hebrews 12:6). We need to shift our mindset and count calls to repentance as words of life.

Jesus rebuked the Pergamum Christians for falling into a similar trap as the people of Israel in Numbers 22 - 25. That wilderness generation stopped adhering to God’s law and started living like the Moabites around them, especially indulging in sexual sin and dismissing God’s law for them with regards to food.

The temptation to belittle the commands of God comes to us all - Israelites, first century Pergamum Christians, and 21st century American Christians. The American church has given in to sexual immorality. Many self-proclaimed Christians no longer affirm the biblical ethic of sexual activity only in the context of marriage between a man and a woman. Even for Christians who affirm the right doctrine of God’s good gift of sex, we don’t obey it fully.

We need to repent. We need to confess our sins and turn all the way away from our sinful ways. We need to put away pornography, cohabitation, affirmation of homosexuality, just to name a few. Jesus is saying to us the same words He said to the Pergamum church: “Therefore repent. If not, I will come to you soon and war against them with the sword of my mouth” (Revelation 2:16).

O Lord, give us ears to hear Your voice in the midst of the voices in our culture and even in Your church that are leading us to danger by telling us that we can do whatever we want with our bodies. We want to know You on Your terms. Thank You for giving us the grace and promises to overcome our selfish desires, defeat sin, resist Satan, and live faithfully for You. Amen

The Doctrine of Tolerance: Quenching Its Hellfires with the Burning Eyes of the Son of...