Sign up to seek God for revival in America.

Meeting the Threat of the Coronavirus

“When I shut up the heavens so that there is no rain, or command the locust to devour the land, or send pestilence among my people, if my people who are called by my name humble themselves, and pray and seek my face and turn from their wicked ways, then I will hear from heaven and will forgive their sin and heal their land.” - 2 Chronicles 7:13, 14

Did you notice the word pestilence in verse 13 above? It’s not a word commonly used, but it’s a word of extraordinary current relevance. It’s still unknown whether the coronavirus COVID-19 will be simply as bad as the common flu (taking approximately 50,000 American lives each year), or something far more lethal like the Spanish Flu of 1918 (took 50-100 million lives worldwide). Most believe it will be somewhere in between, on the lower end of the spectrum.

Regarding social disruption, in my lifetime I’ve never seen anything causing as much disruption as what we’re seeing now. Even 9/11 didn’t lead to the upheaval that we’re now experiencing with the closures of schools and universities, and the cancellation of Broadway shows, major league matches and tournaments, and so much more. Could it be that the Lord, in His kindness, knew that only through the cancellation of so many diversions would He gain the attention of His people to pray, fast, humble themselves, repent and seek Him wholeheartedly? 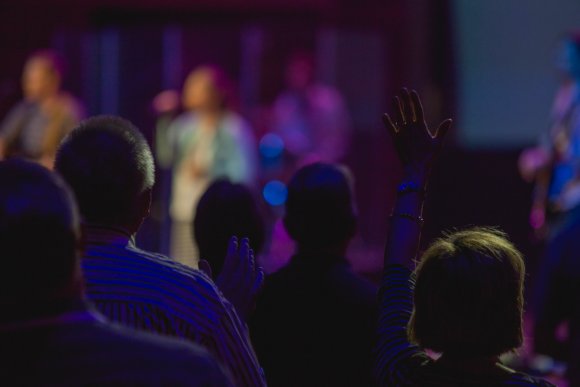 When facing a calamity, the natural response of Christians is to examine themselves and to repent of everything and anything displeasing to the Lord. There are many passages in the New Testament on the subject of fear, with the majority of them enjoining Christians to fear God at all times. Christians are not to fear death or the penalty of sin (Hebrews 2:15), but should indeed be fearful if they are not walking in fellowship with God (2 Corinthians 7:1). Unfortunately, the American church has much to repent of because we do not seek God like our forefathers, nor like the international church. Many American Christians do not give at least ten percent of their income away, even though America is the richest country in the history of the world. Greed is displeasing to God and draws His rebuke. In addition, it can become common for Christians to harbor unforgiveness and bitterness, and to take offense - all of which are condemned in the Scriptures. Many Christians don’t even see much of a problem with these sins.

Moreover, American Christians do not seek the Lord day and night as practiced by first-century Christians and as taught in the New Testament, being too busy to spend time praying, reading the Scriptures and fellowshipping with God. This has led to widespread powerlessness and defeat, and even the development of theologies justifying the lack of effort in seeking God. Lastly, sexual immorality has flooded into the church such that many Christians don’t believe the Christian sexual ethic, much less abide by it. Our minds are polluted by movies and TV shows and many have adopted worldly views toward God’s gift of sexuality.

Combining fasting and fervent prayer with repentance brings an incredible response from God!  He loves it when His people meet the conditions of 2 Chronicles 7:14 because it’s at that point that He responds with outpourings of His Spirit and great mercy. As Christians, let’s seek the mercy of God as society is upended and we face the possible loss of loved ones, but we can only have a solid basis for that mercy if we do what He says and return to Him with our whole hearts.

Wednesday, March 18, 2020, marks the beginning of a 40-Day fast initiated by Christian Union, but anyone can join the fast at any point, so please invite friends to join. Through the daily devotional and other content, you can expect to be strengthened in your faith in our time of need.

Much grace and love to you,

Thanking God should be a part of every prayer as we plead for revival.  Praise...

You Are the Means to God's Ends

Dear Prayer Team, How necessary are our prayers? We might think to ourselves, “God is...

A Life of Repentance

For thus said the Lord GOD, the Holy One of Israel,“In returning and rest you...

Praying in Light of the Presidential Election

There have been diverse responses to the presidential election results, thus far. In this article...